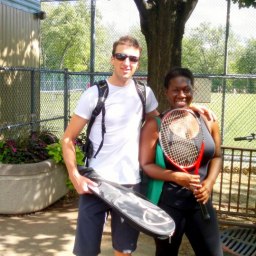 The original is posted here. “There’s something on your pants,” Colin told me. I was in front of him as we climbed the winding staircase of his new workplace. I had taken him up on his offer to give me a private tour of the former mansion. Without a second thought, he rubbed away the aberrant dust … END_OF_DOCUMENT_TOKEN_TO_BE_REPLACED 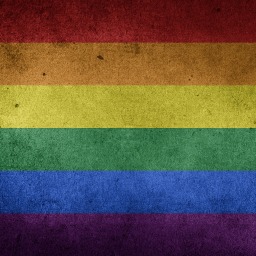 In August, I interviewed my friend Jonathan about his experiences growing up as a gay Seventh-day Adventist. A week later, once the article was finally ready for publishing, I called him with bated breath.  We whispered a prayer – he at a laundromat in Montreal and me, at my apartment in Ottawa. Then I pressed, … END_OF_DOCUMENT_TOKEN_TO_BE_REPLACED

The following interview is one that my friend and I have been thinking about for a while now. I met him a few years ago when I was attending the Norwood Seventh-day Adventist Church while I was living in Montreal.  We found out that we both were Torontonians (perhaps me more so), and we both were attending McGill.  We also realized that we both were quite open-minded and critical when it came to social issues compared to some others in our peer group and so he and I quickly became fast friends.

While hanging out with him, I started to suspect that he was gay, but I left it at that — a suspicion. However, my suspicions were confirmed when one night, when he was walking me home from salsa dancing, he came out and told me that he was gay.  We sat in my apartment lobby as I peppered him with questions and began putting two and two together. We had a really good conversation.  I asked him to let me know if my questions came off as intrusive or daft, and to let me know if I had ever said anything that offended him.  He said I hadn’t.  I had never met someone like him before – a gay Seventh-day Adventist.  So my biggest question was how he managed to reconcile being gay and being an Adventist.  How did he/does he reconcile his religiosity with his sexuality?  Can they be reconciled?

As Adventists, or even as Christians in general, when we talk about homosexuality and sexual minorities in the church, we often do so from a distant, ignorant, ill-informed, theoretical and disingenuous standpoint.  It’s easy to misunderstand and uphold stereotypical views of a certain group when you don’t personally know any members who belong to that group – whether Black people, Muslim people, or, in this case, gay people.

With that view in mind, my friend and I thought it would be an interesting exercise to talk about his experiences as a gay Christian in the Seventh-day Adventist Church.

I’m not pushing any agenda, and I’m not taking any sides.  All I’m doing is giving someone a voice – a voice we don’t often hear.  I think there is value in hearing the lived experiences of people – all people. I think that by hearing the stories from each other, we can learn from each other and perhaps even do better. And since this is my blog, from time to time I want to share the experience of people I love, such as my dear friend.  Hear him out.  I think if we did more listening to people than judging we’d get a lot further in life.

We wanted a more conversational vibe to this interview.  He came over and we had a convo – him sitting on my couch and me sitting on the other end, me in my PJs and glasses, Sunday morning sunshine streaming in.  He’s asked me to withhold his name until later on in this blog post (you’ll have to read ’til the end to find out who he is! 😉 ).  Here’s what I learned and here’s what he had to say:

END_OF_DOCUMENT_TOKEN_TO_BE_REPLACED 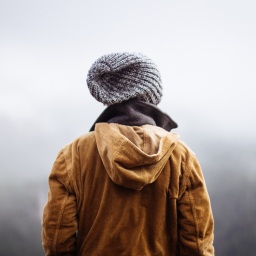 I asked ten men about being single, and here’s what they said… Well, the title is a little bit of a teaser, and a little misleading. What really happened is that I asked ten male friends about why women always dominate the conversation around singleness or singlehood.  We always seem to be the ones who … END_OF_DOCUMENT_TOKEN_TO_BE_REPLACED

Subbed for @chicaswithmuscles tonight. She should be back next week to teach her Zumba and Body Works Plus Abs class. Dunia, what a great bunch you have! 😍
All of this. ❤ #antidietplan @fitzoneplus
Homemade oxtail and mac and "cheese". The stuff dreams are made of. 😋😍😋
It's a new year at @fitzoneplus ! I'll be there on Tuesdays at 6:30 pm helping you sculpt, tone and get stronger in an inclusive, body-positive space!! All you need is water, towel, RUNNING SHOES/CROSS TRAINERS and some gumption! Rumour has it that we have TRX cables AND stability balls now! SO EXCITING!!!!!! 🤸🏿‍♀️🏋🏿‍♀️🤸🏿‍♀️ -- Reposted from @fitzoneplus (@get_regrann) - And ... We’re BACK FOLKS!!! This week we are excited to bring you new classes, new instructors, new equipment and celebrate with you for our first week back in 2020! ~~~~~ Also ANNOUNCING our GLITZ & GLAM ZUMBA Party 🎉 ~~~~~ Jan 15 @ 6:45 Zumba Costume and Theme Party Grab your sequins, sparkle and glitter ✨ Come celebrate YOURSELF And stay for the laughs, and sweet Zumba moves Gifts and Give aways! Light Refreshments too :)! RSVP with a DM or our email! - #regrann
Truth: We have to go back to work or school on Monday.⁣ Truth: But Sunday comes before Monday, and on Sundays we Zumba and feel better about our weeks and lives.⁣ ⁣ Truth: Zumba at 9:45 am on a Sunday morning is SUUUPER early. Like, super early.⁣ Truth: You have to get up anyway. Might as well start the day with merengue. ⁣ ⁣ Truth: Zumba is scary and intimidating.⁣ Truth: It's sometimes scary for me too. But we are in this together. You're not the only one learning. Just like in the video above, oftentimes I learn from you!⁣ ⁣ Truth hurts, but Zumba doesn't have to. Be a little selfish and spend the last hours of your break on you. Come out tomorrow Sunday at @lafitnesssheppard at 9:45 am and start the year off right!⁣ ⁣ (In this vid, my fellow Canadian and new friend from Calgary showed me some bhangra moves while vacationing at the @hyattzivajm.)⁣ ⁣ #truthhurts #selfishchallenge
Have you ever been so depressed that you didn't -- scratch that... couldn't -- get out of bed? You didn't want to face your life let alone the day or year ahead?⁣ ⁣ The motto that has helped me (in addition to some lifestyle changes and therapy) is to give each day a chance. You never know what may happen, and more often than not I've been pleasantly surprised.⁣ ⁣ This month (well really every day this year but we gotta start somewhere right?) we're gonna focus on being a little selfish in ways that have nothing to do with dieting. We're gonna move, we're gonna DANCE (*duh*), we're gonna bundle up, we're gonna read, we're gonna drink our golden mylk and our warm dranks (yes, I said dranks), we're gonna create, we're gonna take our vitamin D supplements and we're gonna get through this winter of our discontent (literally or figuratively) together (or as we say in Zumba #chugether).⁣ ⁣ This year is our year.⁣ ⁣ Body. Soul. Mind. Booty. #selfishchallenge #giveeachdayachance